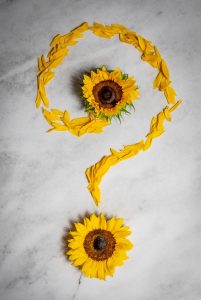 If you find yourself in this blog, we do not have any doubt the reason: you want to find out about your unstoppable growth towards the Spanish language, and we are going to give you reasons for it.

Many people are attracted to Spanish: its sensuality, friendliness and diversity are some of the qualities that make it different from other languages.

After Mandarin Chinese and English, the third most spoken language in the world is Spanish. This may be because of the large number of native speakers who have it as their mother tongue as well as the foreign students who decide to study it.

Spanish covers a large part of the world, as it is the official language in 21 countries (Spain in Europe, Equatorial Guinea in Africa and almost all the countries of South and Central America). The population percentage that speaks Spanish is very high, almost 7%, and with the time has increased significantly.

Spanish-speaking countries are the ones that gather the most tourists annually. Studying Spanish has several advantages, and one of them is the opportunity to broaden your horizons and see the world from different perspectives.

You will not only learn the language, but also improve your cultural knowledge of the country, and it will allow you to travel between cultures and places so different from each other and yet so wonderful.

As the third most spoken language around the world, professional work also emphasizes this aspect. We live in a globalized world where the ability to speak languages is very essential in the professional world.

Spanish will help you to increase the number of opportunities for work and to acquire positions with a great value and importance.

Spain is one of the more culturally rich countries due to the multitude of people who left their imprint on the Spanish peninsula.

Gastronomy, culture, music, customs, climate… There are many reasons that define Spain as one of the best countries that fascinate non-Spanish speakers. If you like the music, famous painting or its painter, you want to know about paella, or you have some other interest about Spain, knowing its cultural style will help you to know its language, and vice versa.

Tourists are delighted with the native speakers who live in these places, always willing to help in any way they can. What better way to relate to the Spanish people than to speak their own language and thus discover their true spirituality?

Any motivation that has encouraged you to learn Spanish or to consider learning it, will make you change positively as a person. Spanish will significantly change your life.

Now tell us, why do you study Spanish?

Photo by Magda Ehlers from Pexels

ASK FOR REPETITION IN THIS WAY IN SPANISH

REFLECTIONS AND GOALS IN YOUR LEARNING