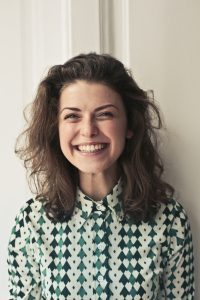 Spanish, as most languages, is a living languages which means that it is constantly evolving and that is why learning Spanish can be so difficult. Some of these changes happen naturally, because the way we talk and pronounce certain words gradually change and other changes happen because of the influence of other languages, mostly English. The Real Academia Española or RAE for short, is the institution that gathers all this information and gives advice and guidelines on how to use the Spanish language. The RAE doesn’t dictate the rules, but it does try to make all Spanish speakers (from Spain and South America) use our language in the same way. However, this doesn’t mean that Spanish speakers always agree with what the RAE has to say. So here are some of those weird words the RAE wants us to use that you probably haven’t heard of before, even in your Spanish classes:

Okay, so this one is fairly common. Palabro is a weir or badly spelled word. It is quite common to hear this word in colloquial Spanish.

Most Spaniards thing that the expression goes Manda huevos (huevos = eggs), however that spelling is wrong. The right spelling for this expression is Manda uebos, since it comes from Latin Opus, meaning necessity, and the expression itself means “necessity obliges”.

Albóndiga is the Spanish word for meatball. For many years the only right way to spell it was with a b, however many people colloquially called them almóndigas. This has resulted in the RAE accepting this spelling, although the preferred spelling is the old one.

The word toalla means towel, for many years that was the only right spelling for this word. The spelling toballa was used colloquially by some people, special gypsies, so much so that the RAE decided to accept it, though the preferred spelling is still toalla.

The word for a homeless person in Spanish is vagabundo. Etymologically this word comes from the Latin vagabundus. Colloquially however many people spelled it vagamundo, which is now accepted by the RAE. This spelling, however, makes sense in Spanish since the verb vagar means to wander or to roam and the word mundo means world, so it is literally someone who wanders the world (this is probably why the misspelling originated). The preferred spelling is still vagabundo.

These words are derived from jean and blue jean. We don’t use them in Spain, where the word for jeans is vaqueros, but in South America they use these words and the RAE recommends that spelling.

These words each refer to culo (ass or butt), pecho (chest) and muslo (thigh), but they are the vulgar and obscene way of referring to these parts of the body (specially the female body). They are so widely used that the RAE accepted them.

This is the newly accepted way of spelling octubre (October). Many people spelled it that way, so it eventually got accepted by the RAE. The preferred spelling is still octubre with a c.

This word might sound familiar to you, because it comes from the English word whisky. This is a phonological adaptation, since to be able to pronounce it like in English it would have to be spelled like that in Spanish. Many people however find this spelling abhorrent.

Yes, this word is supposed to be a home run. This spelling is also a phonological adaptation of how Spanish speakers pronounce home run.

How to complete group work in Spanish

How to complete group work in Spanish