The city of Valencia located on the Mediterranean coast is the capital of the province of Valencia. Rich cultural heritage and monumental art and architecture have made Valencia a prime tourist destination.

These are some of my favourite places in Valencia or close to Valencia!

Chulilla is a very beautiful mountain village, located some 60 km from the city of Valencia so it is perfect for a one day excursion. I love this place for hiking and climbing.

The River Turia has created an impressive canyon known as “Las Hoces de Chulilla”, composed of walls up to 160 metres deep and 10 metres wide. Several beautiful natural sites are located near to the village, such as “El Charco Azul”, “Trascastillo” and “Los Calderones”, all of which are set in the River Túria canyon.

You will find more info here 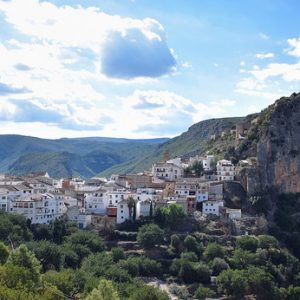 It is an extraordinary example of a Gothic city and has been declared an Asset of Cultural Interest.

Highlights, first, its castle and medieval walls, erected in the fourteenth century. Within the old precinct, it has notable churches, such as the arciprestal of Santa María la Mayor, Gothic (1263-1330), with Baroque details; the old convent of San Francisco (13th century); the churches of San Juan, Gothic (XV century) with neoclassical decoration, and San Nicolás, Gothic; and the hermitages of San Marcos and San Pedro Mártir.

In civil architecture, it is worth mentioning the Casa de la Villa (14th and 17th centuries), the Ciurana, Piquer, Rovira and Ram Cardinal houses, as well as the Hospital (15th century).

Also, stroll through the set of tiered streets and the arcades of Blasco de Alagón, make the circular route of the mountain by the Alameda promenade and contemplate the medieval aqueduct of Santa Llúcia outside are essential proposals to get to know this city.
Two points of interest stand out in the municipality of Morella: the cave paintings of Morella La Vella, and the Sanctuary of the Virgin of Vallivana. Every six years, from 1673, the virgin goes up in procession to the city. On the roadsides there are numerous chapels where the pilgrims make prayers and prayers in their march of 22 kilometers. 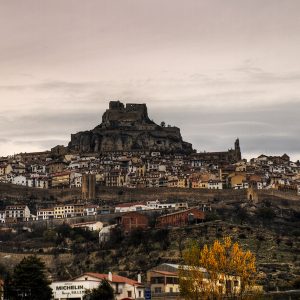 Companies that trusted me