There are many beautiful places to visit in Valencia, yet most of them are always crowded with tourists and it can feel a bit overwhelming. If you want to know some places that are equally as beautiful but less crowded where you can learn about Spain and its people, then keep reading. 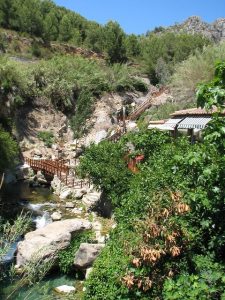 Next to Callosa de Ensarriá, Fuentes de Algar is a place where you can enjoy a 1,5 km walk and also enjoy the view of the different lagoons, waterfalls, ponds and natural damns that can be found along the toute. This area has been declared a protected natural wetland. 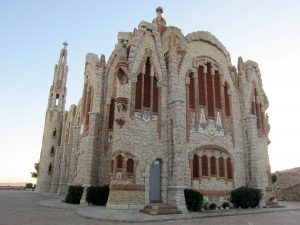 This small building from the 20th century can be found in Novelda, Alicante. It was built in a catalan modernist style and its decorations are based on the medieval and baroque styles. It has two towers that are 25 meters tall and it looks reminiscent of the Parc Güell in Barcelona.

Salto de la Novia, also known as Cascada del Brazal, is a 60 meter tall waterfall that can be found in Navajas, Castellón. To add a bit of a Spanish lesson to this article: the name Salto de la Novia means “The Bride’s Jump” and it comes from an ancient tradition, where couples who wanted to marry would go to the river and the bride-to-be would have to jump to the other shore. If shw made the jump it meant that she really loved her partner and that they would have a happy marriage, but if she didn’t it meant that ot wasn’t meant to be.

This 17th century palace can be found in Anna, a village in Valencia. This palace stands out for its architecture, sincte it was built on an old muslim castle and the contious renovations have given it different architectural styles that make this palace unique.

Inside the Natural Parc of Sierra de Espadán, the Mijares river creates natural pools that are not only beautiful but also the perfect place to go for a swim in warm waters and take a walk enjoying the view.