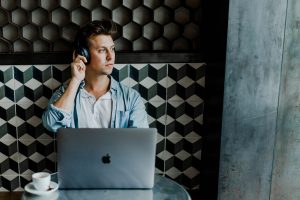 Anyone who is learning or just beginning to learn Spanish will be asked how to get results more easily and quickly. The best way is to listen to songs that give pleasure and turn boring and annoying learning into a fascinating activity. They use simple and frequently used words, which means you can learn Spanish with the songs without spending a lot of time. Spanish & Valencia has collected 5 famous songs in Spanish, which will not only help to increase vocabulary and practice listening, but also to get aesthetic pleasure.

Why is it effective?

Let’s try to figure out why learning Spanish from songs is effective. The method has several advantages.

An important advantage is that the lyrics are freely available on the internet. This allows you to improve your Spanish anywhere and anytime without any restrictions. And most importantly, each song is the key to learning about foreign culture. It is in them that people have always expressed their attitude towards politics, told about the biggest events in the history of their country and discussed the problems that exist in society.

How do you learn Spanish from songs?

In order for this method of language learning to bring the desired result, it is necessary to work properly with songs. Learning Spanish by songs involves the following steps:

Selecting a song according to your level of knowledge. Songs in which you constantly encounter unknown words and constructions will not increase your vocabulary, but will only cause a rapid loss of interest in learning the language. When deciding to try this method for the first time, it is better to give preference to slow songs to make it easier to understand words.

Listening to a song many times. This will allow you to understand what the performer is singing about (at least the general sense), and catch his intonation.

Listening to the song with reading the text or subtitles.

Translation of new words and expressions whose meaning cannot be understood from the context.

Working with text and reading it out loud. Once you’ve worked through the text to make it clear, read it aloud. Then turn the song on and sing. That way you can not only learn new words, but also improve your pronunciation. If there is a English version, try to make a reverse translation (from English to Spanish), and then test yourself.

Record the lyrics of the song to your ear. Turn the song on and try to record what you heard. Pause when you listen to it. Have you written everything down without mistakes? So you’ve learned all the words.

How to choose a song?

When choosing a song, decide what exactly you are looking for: what genre, performer, album is interesting. You don’t have to try to disassemble the first song you find. If you do not like it, you will waste a lot of time. Learn the language only on those songs, listening to which is a pleasure. If you can’t find the song you like, start with our selection of the most famous Spanish songs of all time.

This song is the best way to remember that in Spanish “to have” is not haber, but tener, and most adjectives come after a noun. It’s full of words that will be useful when listening to almost any song in Spanish. One should not forget about such constructions as: por la tarde, por culpa de, ni siquiera, etc. The advantage is the incendiary rhythm and perfect pronunciation of the Colombian singer.

Thanks to the not too fast rhythm, words are well heard. How else would you know the verb pellizcar “pinch” or the noun el freno “a brake”?

The song is rich in wonderful grammatical constructions, from the simple Llena de… to the Haces que mi cielo vuelva a tener. You can find here subjuntivo and perífrasis verbal: Volver a+infinitivo.

Here you will find everything you need to communicate on medical topics: la fiebre – “fever, temperature”, la tensión – “pressure”, la receta – “recipe”, curar – “treat” and such rarely mentioned in the texts body parts as the neck – cuello and navel – ombligo.

Learn Spanish online with Spanish & Valencia classes. We will help you better understand songs in Spanish and develop your language skills.