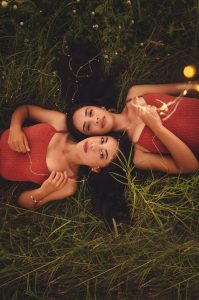 As you already know, Spanish nouns have genders. This can be difficult for people whose mother tongue doesn’t have genders, but it makes learning Spanish extra confusing when you discover that sometimes changing the gender of a word can also change it’s meaning! Don’t worry, this doesn’t happen with all words, not even with most, but you should be aware of these meaningful changes. That is why we want to help you learn these Spanish words that have different meanings depending on their gender: El margen – La margen

El margen is the blank space left at the sides of a sheet of paper (margin), but la margen is the shore, usually of a river (river margin).

El pez is an animal that lives in water (fish), while la pez is a dark and viscous substance used to water proof things (tar).

El cólera is an infectious and often fatal bacterial disease (cholera), but la cólera is a strong feeling of annoyance, displeasure, or hostility (anger).

El coma is a prolonged state of deep unconsciousness (coma), but la coma is a punctuation mark (comma)

El editorial is a newspaper article expressing the editor’s opinion on a topical issue (editorial) while la editorial is a company that publishes books (publishing house).

El frente is the foremost line or part of an armed force (front), while la frente is the part of the face above the eyebrows (forehead).

El pendiente is a piece of jewellery worn on the lobe or edge of the ear (earring), while la pendiente is a surface of which one end or side is at a higher level than another (slope).

El parte is an account given of a particular matter (report) –some people also use it as a synonym for “newscast”–, while la parte is an amount or section which, when combined with others, makes up the whole of something (part).

El corte is a long, narrow opening or incision made in a surface by something sharp (cut), while la corte are the courtiers, retinue, and household of a sovereign (court).

El doblez is a line or crease produced in paper or cloth as the result of folding it (fold), but la doblez means being two-faced.

ASK FOR REPETITION IN THIS WAY IN SPANISHAMONG ALL LANGUAGES, WHY SPANISH?