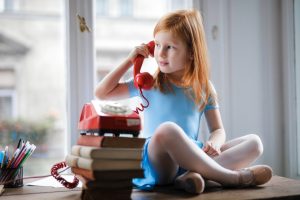 Learning Spanish is a matter of trial and error, but there are often many other difficulties along the way. It often happens that we do not understand something, some of the words, or something that has been said: if that is the case, you will always do the typical sentence ¿puedes repetir, por favor? This is a phrase that is known in Spanish as frase muletilla, that is, one that never fails and can always be used when you have not understood something and ask for help to repeat it.

However, learning Spanish, as well as learning many other languages, is full of doubts that concern students and, using the same phrase many times, can be overwhelming and not very educational, both for you and for the person you are talking to.

Thus, when you are talking to native speakers, or especially when you are listening to native speakers, it is very likely that you will not understand everything they say and you will probably want to ask them to repeat what they have said previously. At this point, students may feel embarrassed to say over and over again can you repeat, please?, so today we propose a list of different ways to ask for a repetition.

The first way to avoid the typical Spanish frase muletilla “Can you repeat, please?” would be ¿Qué?

This is the first form of learning that is taught at school, as it is the easiest due to its short length and easy-to-use pronunciation. However, its use is exclusive: when you ask what, this is seen by Hispanic speakers as a rude way of asking for something. This word can definitely be used, but it is almost non-existent as it is a very impolite way of asking for a repetition.

Since we have shown a not very polite way of asking for a repetition, ¿Perdón? is the opposite way: it is a very polite manner and highly used by all Spanish speakers.

In English you can say both Pardon? and Sorry?, whereas there is limited use in Spanish. The English pardon would be the Spanish ¿Perdón?, very polite and used on a daily basis. On the other hand, sorry has its corresponding Spanish as ¿Lo siento?, which is only used to apologize to someone for something, although it also corresponds with Excuse me?

Even better than using ¿Perdón?, you could say ¿Cómo?, which is a very common manner among Spanish speakers and, therefore, totally acceptable. Speaking in English, this corresponds to What? or How’s that?

If you want to seem more polite when you ask for something and you want to use this word, it can be followed by Excuse me: ¿Cómo, perdona? So, it does not really matter where you put the please as long as you say it, but if you usually put it first, the other person knows then from the very beginning that you are being polite.

Another way to forget the simple words and show the person you are talking to that you have a little more level would be to use the question ¿Te importaría repetirlo? (Would you mind repeating that?).

Important: let’s not forget that although in Spain the personal pronoun of the second person singular tu is widely used, in many academic, business environments, etc. (i.e., formal contexts), the use of the third person plural is preferred as a courtesy. This not only changes the person, but also makes the person and the verb coincide in person and number.

NO LO HE ENTENDIDO

Other ways you can use to ask for a repeat, but without actually asking a question would be to simply say that you didn’t understand. For this purpose, you can use two simple phrases in Spanish: No lo he entendido or No lo he captado.

The first form would correspond to saying I do not understand it, whereas the second is used more in an informal context, with your friends or family, and means I do not get it. Although it is not necessary, it is highly recommended to use por favor followed by the first sentence, otherwise it may sound abrupt.

When the Spanish say Ando perdido, it does not mean that they are walking aimlessly, but that they have not understood something or you can also choose to say Estoy perdido. This alternative can be used when you are struggling to follow or you are getting lost, which can make the speaker thinks they maybe are speaking too quickly or using complicated words.

Both phrases mean the same thing, although the first is used in a more informal setting. It may seem as if they would also correspond to different words in English, however, both are translated as I am lost.

If you want someone to repeat something they have only just said very recently and you want to interrupt them there and say that you want that exact sentence to be repeated again then you can use the catching phrase Lo siento, ¿qué acabas de decir?

You must be careful in this sentence, I am sorry, what did you just say?, because if you omit the sorry it can be considered as an abrupt way of asking for something, although the intonation also plays an important role.

We hope you enjoyed it and learned different ways of asking for repetition, and using the one you feel more comfortable with and do not feel embarrassed, because you do so to learn more, which it also benefits you for the native speaker not to be offended and not get bored by you asking as well. Let’s also pay attention to the intonation, which is the most important part for asking for repetition constantly.

AMONG ALL LANGUAGES, WHY SPANISH?