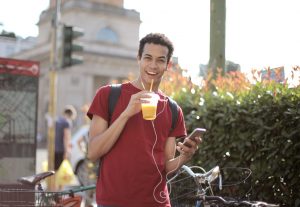 As foreign visitors to a country where the first barrier that you find is the language, you tend to worry very much about learning Spanish before your arrival to the country. You start to look for Spanish classes for adults with Spanish native teachers, where you can learn the most basic aspects of the language so that your stay in, for example, Spain. Nevertheless, apart from the knowledge of grammar and vocabulary that comes natural with the process of learning Spanish, there are many non-linguistic elements that are inseparable to Spanish learning and will be very beneficial to a Spanish learner.

The first benefit that goes hand in hand with learning Spanish is that you get to learn new ways of living. You learn about the behaviour of the Spanish community by just learning Spanish. Many years ago, when languages were created, they were designed to recompile everything that was common to the people who spoke those languages. Depending on the area of the world where you live, experiences were different. Thus, the different languages that we know nowadays vary very consistently due to matters that come to them intrinsically. By learning Spanish, you will soon realise that the Spanish community is very passionate about everything, and that means that they express their feelings very explicitly, in the good and in the bad. They have many words for expressing love and admiration, as well as bad words for when they feel disappointed or worse. They do not doubt to show all those feelings, which in most cases it is the cause of cultural shock to the people who come from countries that do not belong to the Mediterranean countries.

The second benefit is that, instead of feeling relegated to take part in activities with people from your same country, you can get yourself into the Spanish community and communicate and impersonate a native Spanish speaker (or at least try to do so). Even if your level of Spanish is still very low, Spanish people are very welcoming and would never leave anyone behind if you make the effort to talk to them and to make yourself understandable. Furthermore, by engaging with Spanish-speaking people you will end up immersing yourself in the culture and learning more important things than just learning Spanish. Your knowledge of the Spanish language will be enriched by all these experiences in the least. Besides, when you immerse in a different community than your own you will see that your horizons will open in a way that you leave you astonished, and that is possible mainly because by speaking their language you start little by little to think like a native Spanish speaker.

Finally, as a recommendation, if by any chance you end up visiting the city of Valencia, in Spain, and you fall in love with its scenery and people and decide that you want to stay here and improve your Spanish level, Spanish & Valencia is the perfect place for you. The classes are private and the attention will be put on you as students in order to focus on the students’ wants and needs. For that reason and for many more, come to Spanish & Valencia!

Photo by: Photo by Andrea Piacquadio from Pexels