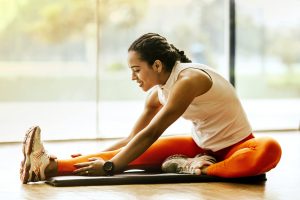 You may feel that leaning Spanish is draining your energy to the maximum, that the Spanish classes you are taking occupy most of your time and you feel your motivation towards learning this language are going down. Nevertheless, here you have a list of 6 benefits that learning Spanish may provoke in your health.

The size of your brain increases

Learning new languages, such us the Spanish,  helps different areas of the brain to get bigger. Many scientists, back in 2012, found out that practising a language as the  Spanish laguange constantly makes the hippocampus grow wider, which is the structure that mainly takes care of our memory.

A study proved that bilingual people, such us Spanish and English,  can delay the appearance of dementia by 5 years. As a fact, the average age for monolingual adults to have dementia is 70 years. In these cases, medicine can only delay it by 6 or 10 months. For bilingual adults, the first symptoms are discovered at the age of 75.

It improves our mathematical abilities

A 2007 study by the University of Massachusetts confirmed that children who study a foreign language, as Spanish,  obtain better grades in mathematics than those who do not. Such affirmation was supported by several experiments carried about by the University of Michigan. The subjects of study was students who studied a foreign language for 90 minutes a week during a semester. The result showed an improvement in their maths grades.

It improves your creativity

When you create new grammar structures in a language different to your mother tongue, you have the need to be creative. You usually have to think about an alternative word that you are not used to using. Many studies have proved that multilingual or bilingual people are more creative than monolingual people.

It improves your memory

Learning Spanish requires diverse mental exercises. Various studies have demonstrated that bilingual people retain more information such as names, addresses or even shopping lists. To support this, there is another study where the subjects of the study were monolingual and bilingual children.

It boots your attention

Many scientists from the York University discovered that people who operate in two or more languages at the same time, such us Spanish and English,  show more signs of a greater control over attention. They are a able to limit their distractions in a better way than the rest of people. The University of Pompeu Fabra in Barcelona in Spain confirmed that multilingual people are better observers of their environment, since they are able to centre their attention more relevantly. Besides, they are able to switch from one task to another more skilfully, according to another study.

In Spanish & Valencia we help you to learn Spanish at you own peace.  We are in Valencia, Spain, and we are always happy to meet with you.

Based on article from Mosaingua

Photo by Jonathan Borba from Pexels

THE THREE GOLDEN RULES TO NOT FORGET SPANISH

SPEAK TO YOURSELF IN SPANISH TO ACQUIRE FLUENCY