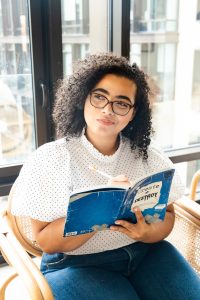 Do you know what borrowing is when we speak about languages? Well, this consists of taking words or expressions from one language to using them in another one. Some people find this irritating or just bad for one’s language, but the truth is that, if you want to learn Spanish, it will become a lot easier if you know that you can trust in English, for example, to give yourself some help when speaking and studying.

The time in which we are living has given us a very broad and communicated world. Languages are now much closer than ever, and there is a constant flow of influences in how we speak that help us name even more things. When a student learns a new language, one of the first things to do is try to find similarities between their mother tongue and the one they are learning.

Particularly English influences quite a bit more in almost the whole world more than any other language, therefore, we’ll focus on how English and Spanish share interesting words and expressions. Since Spain and Britain are close to each other, historical influences were always mutual, and in a more modern era, Spanish in Latin America and English in North America have a lot more in common than they might seem.

When an English term or phrase is used in Spanish over a native word or expression, we call this anglicism. There are hundreds of English examples in our daily lives. Maybe when a student is learning the language it’s more common to just expand the foreign language rather than focusing on maintaining your own, but for a more practical approach, it’s a fact that it doesn’t matter if you get to mix some words, since we also do that.

The Internet is full of references and examples of English words that are very common to speak in Spanish like “link”, “web”, “chat”, “click” or even the word “Internet” itself! And even to put some other examples, if you ask someone or talk about a movie, you’ll speak about the trailers, teasers, or the cast. Those words may ring the bell for most Spanish native speakers, but it’s also very common to see us struggling if you want to know how those words are said in Spanish.

On the other hand, English has various cases in which borrowings are so commonly used that nobody finds it strange hearing or saying them. You don’t think so? Then we may discuss it at the cafeteria and you’ll see. Do you see what I did there? If this is news to you, then you may be an aficionado, but this is normal for people who are just starting to take Spanish classes. Even if you don’t think you know them, for sure some may ring the bell, like the Spanish very well-known siesta.

Keep in mind that, when you are learning Spanish, using your mother tongue to understand or explain what you are saying or what you want to say it’s completely normal. Don’t be afraid to use your own words.

Learn Spanish in our Spanish school specialized in Private Spanish Lessons in Valencia.

Is Spanish a formal language?