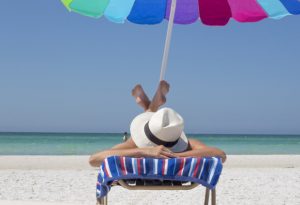 What are stereotypes in Spain?

Stereotypes are ideas or images that are generally accepted by a group of people or even society. These ideas are often unchanging due to the fact that they are deeply ingrained. Stereotypes are preconceived conceptions of what certain things or people are like, and these ideas are wrong. Stereotypes often arise because of the cultures and customs of each place.

In today’s article, we are going to talk about the stereotypes that exist about Spanish people and their country, Spain. For example, I’m sure that everyone has heard that Spanish people always party or that we always eat paella. It’s true that paella is a very typical Spanish dish, but that doesn’t mean that we only eat paella, in fact, there are many places in Spain where they don’t cook this, because it is originally from the Valencian Community. As for the partying, we can say that Spain is a very happy country and we have very nice parties, but that doesn’t mean that we have to party every day.

Now we are going to talk about the stereotypes that exist in some of the communities/regions of Spain:

ANDALUCÍA Y CANARIAS
It is said that the people from these places are very cheerful, funny, party people and they are also known to talk a lot! They also have the idea that they are lazy and that they don’t speak well.

These ideas are quite disrespectful, as it is not that they don’t speak well, they just have a differenaccent.

ARAGÓN
The aragoneses are thought to be stubborn and brute; they are imagined to be village people who
speak loudly.

The asturianos are given the titles of patriots and drinkers, because they are one of the main cider producers in Spain. The cántabros have the title of proud and cold.

CASTILLA LA MANCHA Y CASTILLA Y LEÓN
They are seen as simple, rude and conservative, even accused of being serious.

CATALUÑA
For a long time, their main stereotype has been, and still being, that they are stingy and greedy, and some people even consider them a bit unpleasant. In addition, in recent years they have been classified as separatists due to political issues.

GALICIA
They are accused of being closed, distrustful, traditionalist, indecisive and superstitious. We can say that there are many stereotypes about the gallegos.

MURCIA
Their main stereotype is their way of speaking, their peculiar accent. Many people say that they cannot understand them. In addition, Murcia is considered the “huerta” of Spain, due to the large areas of cultivated land.

PAÍS VASCO
They are considered to be, above all, brutes. This is reflected in a number of films in which reference is made to how tough and stubborn they are.

COMUNIDAD VALENCIANA
We are branded as proud, due to the great attachment we have for the “terreta” (land in Valencian)
and as odd.

We must make it clear that none of these stereotypes are meant to do harm, they are simply preconceived ideas that society has established over time.

Is Spanish a formal language?