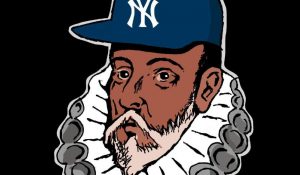 As you may know, many languages have adopted anglicisms: English words that become part of another language. Usually these words have equivalents in Spanish and keep their original meaning, but not these ones. Not only don’t they have the same meaning… some of them don’t even exist in English!

This beautiful Spanish-English hybrid is used when English-speakers use “luxury” or “luxurious”. It is also used when speaking about housing. One could argue that it’s a mix between “standing” and “high standard”.

She rented a luxurious apartment.

This is one of those gems that don’t exist in English. The meaning is quite self-explanatory you make an auto(mobile)… stop.

He hitchhiked to get there.

In this case, Spaniards have turned an English verb into a noun.

We will be staying at a campsite.

In English we see “crack” as an adjective for a team, a sportsperson or troops and also the expression “crack shot”, so that might be the origin for the Spanish crack.

Messi is a star.

In this case it’s the opposite we saw with camping: we turned a noun into an adjective.

You always look so fashionable.

AMONG ALL LANGUAGES, WHY SPANISH?

ASK FOR REPETITION IN THIS WAY IN SPANISH