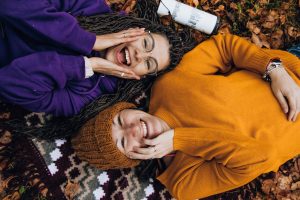 Many words in English are written the same, or almost the same, as in Spanish. So, planet equals planeta, or drug equals droga. If we follow this rule, what about actually? Is the Spanish equivalence actualmente?

One of the difficulties we have when learning a new language other than our native one is the similarities of words in both of them. Here we welcome our dear FALSE FRIENDS, words that look similar, but they differ significantly in meaning.

For instance, actually has nothing to do with actualmente, which means nowadays. Actually has their Spanish equivalence en realidad or de hecho.

In this link you can find more false friends words that can help you to distinguish them and avoid making mistakes as a Spanish learner.

Although confusing false friends is a mistake, it is a common thing and many people do it. However, what if we confuse words in one language that have a connotative meaning in another and can make us feel embarrassed?

If you want to understand better the meanings, read the tips, where funny examples are provided.

When we say we are constipados, that is, cold, sick, that we are not well, etc., we do not say we are CONSTIPATED or that we have a CONSTIPATION.

To say that we have a cold, we would say:

We have a cold. – Estamos resfriados.

I do not feel good, I think I am getting a cold. – No me encuentro bien, creo que me estoy constipando.

So, if constipado is not constipated, what does it mean then? For example, is someone eats fiber it is not common to get constipated.

I have not gone to the toilet for days. Maybe I am constipated. – No he ido al baño por días. Tal vez esté estreñido.

TIPP: I went to the pharmacy and I said I was constipated. Luck me, they gave me a laxative, when I was supposed to get an aspirin.

When we say the word nudo, that is, a join made by tying together the ends of a piece of string, rope, etc., we do not say we are NUDE, which have a completely different meaning.

To say that we are tying something, we would say:

We are making a knot. – Estamos haciendo un nudo

So, if nudo is not nude, what does it mean then? What do you think if I say someone posed nude for a magazine? Exactly, it does not have anything to do with making a knot, but not wearing any clothes.

TIPP: When I was five, I told my mother that I didn’t know how to untie a nude without knowing how it was done. She hit me very hard for saying obscenities.

To say that we are cooking someone in the horno, we would say:

A very common, and also uncomfortable mistake, is the difference between feeling embarrassed and being pregnant.

When we use the word embarazada, that means that a woman or a female animal is having a baby or babies developing in her womb. We do not say a woman is EMBARRASSED or is EMBARRASSING.

She announced to her husband that she was pregnant. – Ella anunció a su marido que estaba embarazada.

So, if pregnant is not embarrassed, what does it mean then? For example, some people are ashamed to wear a clown suit: a shy, ashamed, or guilty feeling.

TIPP: There is nothing really embarrassing about being pregnant.

One-word, double meaning in Spanish. When we talk about lentillas, they can refer to both food and a small piece of plastic that you wear to cover your eye (usually used by people who wear glasses).

If we are talking about the seeds that are used to cook, then we will translate it as lentils.

The other day at the restaurant I ordered some lenses that turned out to be just soup. – El otro día en el restaurante pedí unas lentillas que resultaron ser solo sopa.

However, for example, if you wear glasses, but you are tired of using them, the most comfortable thing to do is to take this little piece of plastic that has the same function as the glasses, the lenses (or contact lenses).

The other day I wore my contact lenses for the first time, to my surprise, my friends didn’t recognize me. – El otro día utilicé las lentillas por primera vez, para mi sorpresa, mis amigas no me reconocieron.

TIPP: My eye hurts so much. I have to take these lentils out quickly.

Not surprisingly is the great similarity between carpeta (Spanish) and carpet (English), but these are some words that can lead us to even greater confusion.

The meaning of carpeta in Spanish refers to a piece of cardboard in which you can keep loose papers, but we do not say, in this context, we have a CARPET.

If we want to talk about the carpet, we would say:

While doing my homework, I realized that I left my folder at school. – Haciendo los deberes, me di cuenta que me dejé la carpeta en el colegio.

So, if carpeta is not carpet, what does it mean then? For example, would it be possible to say that the dog sleeps on the folder? Exactly! The dogs do not sleep on a folder, it is impossible, but on the carpet.

TIPP: I forgot my homework in the carpet.

When we talk about casualidad is something that nobody has planned before, for example meeting in a place that you did not expect to be there, and we say “by chance”.

I do not feel good, I think I am getting a cold. – No me encuentro bien, creo que me estoy constipando.

Luckily, there were no casualties in the crash. – Por suerte, no hubo víctimas en el accidente.

TIPP: What a wonderful casualty!

To fix these false friends in their corresponding language and with the proper meaning, we recommend creating phrases with them that help you assume their meaning, as well as increasing and improving your Spanish vocabulary. The funnier the phrase, the sooner you will remember it and its words.

Photo by Asya Cusima from Pexels

Spanish sayings about houses: do you know what they mean?REFLECTIONS AND GOALS IN YOUR LEARNING

REFLECTIONS AND GOALS IN YOUR LEARNING

Some weird Spanish words that most spaniards are not ok with